Everything You Need to Know About Instagram’s New Algorithm 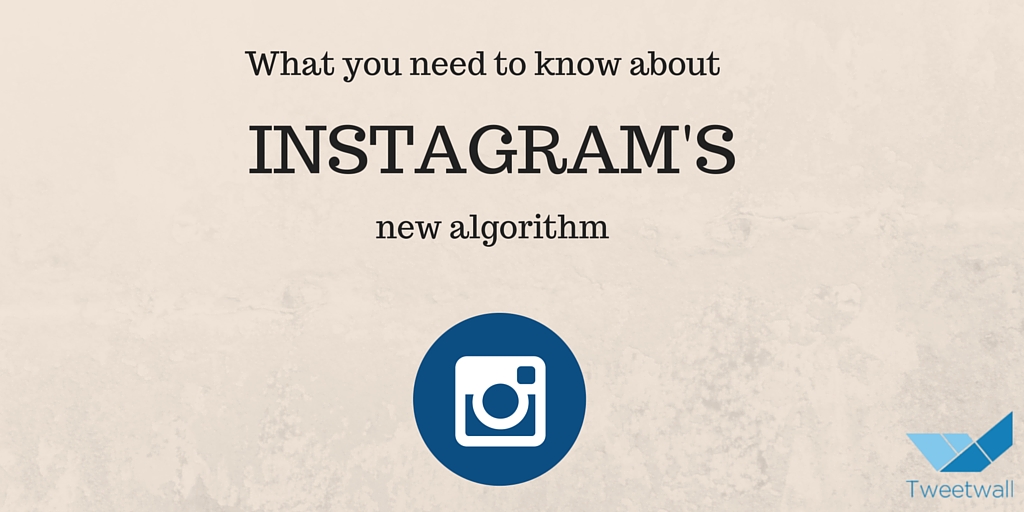 With more than 400 million users, Instagram is now bigger than Twitter. While the social media platform has remained relatively the same since day one, things are now getting interesting in a hurry.

So, what do you need to know about Instagram’s new algorithm? It doesn’t matter if you are an avid user or simply visit the platform to stay current with your favorite celebrities, you are likely to recognize the changes brought forth by the new “feed algorithm.”

Announced by the company on March 15, 2016, the new Instagram algorithm shifts the order of photos and videos. Here is what the company had to say about this big change:

“The order of photos and videos in your feed will be based on the likelihood you’ll be interested in the content, your relationship with the person posting and the timeliness of the post. As we begin, we’re focusing on optimizing the order — all the posts will still be there, just in a different order.”

As you can see, this is an impactful change to how the platform functioned in the past. Previously, photos and videos were displayed in chronological order. This has all gone out the window.

Everything seemed to be going well for Instagram, so this leads to an important question: why was such a big change necessary?

Here is the explanation: on average, people miss 70 percent of their feeds. That’s a big number no matter who you are. To help protect against this, Instagram implemented this algorithm change. By doing so, “your feed will soon be ordered to show the moments we believe you will care about the most.” Notice that this is very close to the algorythm that Facebook has implemented for awhile, which has been constantly changing for years to keep the upper hand against spamming, or even your marketing efforts.

Not Everybody is Happy

While this sounds like a reasonable change on the surface, there has been quite a bit of backlash. This article, for example, discusses why people are made about the algorithm change.

“The backlash has been loud and negative, with users creating an online petition which has over 320,000 names already.”

With this in mind, we come full circle back to Instagram’s announcement. In it, the company says they will “listen to your feedback along the way.” At this point, there is no reason to believe that Instagram will scrap the idea. Instead, you can expect the change to become permanent over the next few months.

How do you feel about Instagram’s new algorithm? Is it a change for the better or worse?

How to Increase Social Media Use at Events

With more than two billion active social media users scattered throughout the world, this trend is here to stay. There is no guessing as to whether Twitter, Facebook, Instagram and other social…

A Step-By-Step Guide to Planning a Social Media Timeline

A ton has already been written about the power of social media as a marketing tool, especially in the event industry. Few other fields can make such extensive a use of social networks, and few other…