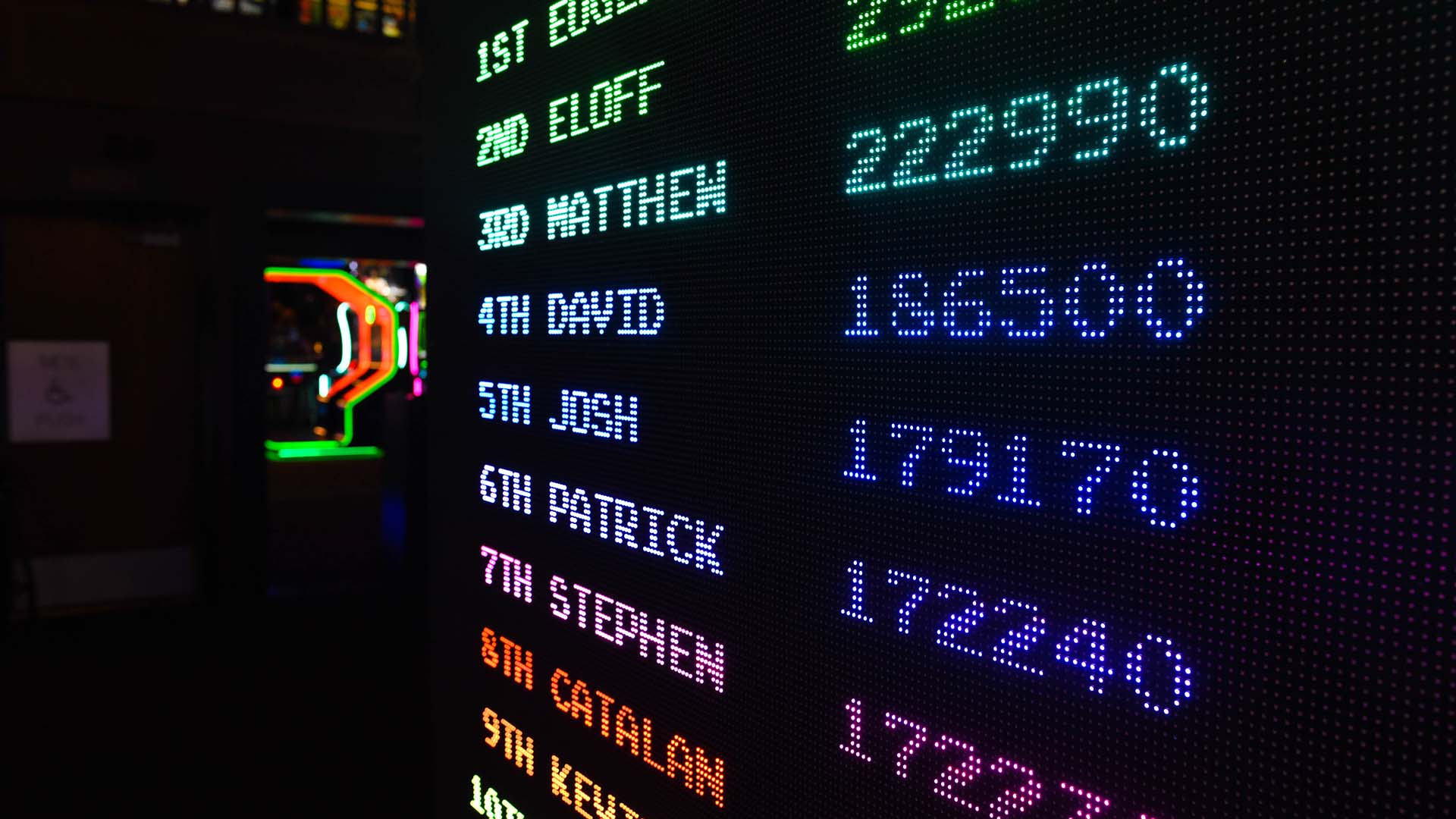 Gaming is not what it used to be. It’s no longer a niche, and most of the time you don’t even have to question if someone’s a gamer—it’s more like, what games do they like play? Welcome to the popular world of Esports, where professional gamers are well on their way to being considered on par with professional “traditional” athletes, both in earnings, and in fanbases. We’re even starting to see universities offering League of Legends scholarships.

So what do Esports have to do with event management?

Given the current popularity of video games, there’s a real opportunity in running gaming tournaments. Done right, you can have hundreds or even thousands of in-person attendees, and if live streamed, hundreds of thousands of viewers.

Of course, executing a successful tournament isn’t simply a matter of inviting a few players, throwing down some brackets and handing out a shiny trophy or cash.  You need to figure out what the gaming tournament is actually about and know who is it for. Is it for the gamers performing there on stage? Or, is it actually for the fans? If it’s for the fans, is it for in-person fans only, or is there an opportunity to spread it far and wide by live streaming it (yes).

So, without further-ado: here are several Do’s and Don’ts for event managers looking to host gaming tournaments.

DO: Understand The Game You’re Hosting

If you’re hosting a video game tournament you absolutely must have an understanding of the game your guests are going to be playing. It’s not enough to simply hire a few judges and call it a day—you need to know enough about the game that you can step in when there’s a problem.

Since you’re reading this article, you probably already have a video game in mind—and hopefully that means you know it pretty well.

To get to know a game better, a good place to go would be to Twitch to watch some live streams.  Hop around between the big streamers and the small streamers in the games category page. Don’t just watch 15 minutes and call it a day either, spend hours here learning the nuances of both the game itself, and the other people watching them. And while you’re here, maybe join in the conversation with the other viewers and the gamer… but never, ever, promote your gaming tournaments (or potential gaming tournament) in a streamer’s chat. Any kind of self-promotion in a streams chat will likely get you banned from that streamers chat.

Tip: knowing your audience means knowing their game. If you nail this, your staff, venue, setup, etc. will better meet your player’s expectations.

Not every video game is played the same way; therefore a tournament’s structure and requirements will vary. A game like Street Fighter, for example, will feature two contestants going head-to-head, and won’t require an Internet connection (if played classically. There’s versions that allow remote play now, too). First-person shooters like Call of Duty, Halo, or Battlefield almost always feature teams. Most titles these days, such as League of Legends, will require an active network connection in order to function.

Hint: you need to know how a game is played in order to provide the proper logistical support (networking, equipment, etc)

DO: Look To Hire Top Announcers

In the competitive gaming industry, there are a few well-known announcers for different games. Depending on your budget and how large your event is, it might be worth hiring a top-tier announcer —it could give your tournament exactly the visibility it needs.

A good announcer will also be there to help with some of the planning stages.  They’ll want to know what their day (or days) will look like after all.

Tip: Another benefit to working with a well known announcer is that a game’s developer often officially recognizes these men and women, and their involvement may increase the likelihood the developer helps promote your event.

While keeping the benefits of a top-tier announcer in mind, don’t dismiss hiring lesser-known announcers and event support staff of all types. Smaller or new service providers can end up being just as excellent as a better-known source and may better fit a smaller budget.

Most announcers should have a sizzle reel that shows off their style. It goes without saying that they should be great and clear speakers, but don’t forget that they have to be knowledgeable about the game too.

Hint: always focus on expertise rather than experience and fame when hiring staff. Yes, they often come hand-in-hand, but expertise is the most important thing when it comes to technical events and gaming tournaments.

DO: Pay For Top-Notch Hardware (if hosting the gaming tournament in-person)

You wouldn’t run a golf tournament on a torn-up, poorly tended green. You wouldn’t host a poker tournament with shredded, damaged cards. Then why host a gaming tournament with low-grade hardware? The equipment you use at a gaming competition is vital. You either get this right or wrong; you can either play or can’t play.

And when we say pay, that doesn’t literally mean you always have to pay for it. This is an area where sponsors often provide the goods.  Sometimes they’ll even set it up for you.

If you’re doing it virtually as on online gaming tournament—maybe streamed on Twitch, YouTube, or Facebook—then don’t think you can skip over getting good hardware… The gamers will bring their own equipment—true—but you’ll still need a way to combine the streams into a productions.  And, because of that, there’s still things you need to invest in, like a good streaming computer, video switchers, microphones, good internet, and more.

Of course, while you should be shelling out for decent-quality hardware, you should also keep in mind that you don’t exactly need a bunch of supercomputers to play League of Legends. The trick is to find a happy medium between power and price. Unless of course your sponsor is footing the bill and wants to stand out.  In that case, let them go all out.  But also, make sure what they want to bring is going to work well for the gaming tournament.

DO: Talk To The Game Developer

Contact the developer of the game you’re running. There’s a good chance that if they’re involved in Esports, they’ll help you run your tournament. In the case of Riot Games, they used to publicly talk about providing prizes and they’re not the only ones. The developer can also help with advice and equipment recommendations for running the best tournament.

Hint: involving a game’s developer and running an officially accredited competition gives your tournament credibility and will attract more players.

Certain tournaments are perfectly acceptable to run on your own. Video game tournaments are not usually among them. You’ll want to invite a few vendors, hardware partners, and/or sponsors to lend you a hand. A large competition can be costly, but there’s also the cost of lost opportunity if you don’t enlist the collaboration of others.

The most important partners are likely going to be the tournament’s sponsors. The best way to get gamers to want to participate is to offer them cash prizes, and the only way to get that is to sell sponsorships.

While Everwall doesn’t sponsor events, we are a great partner if you want to show social media on the live stream (we make some pretty sweet overlays that work with OBS) or if in-person, on the screens. If you’re planning on hosting a video game tournament, get in touch.

DO: Try Something Different

Not every tournament has to be a traditional bracket-match. Want to host an event where people compete to see who can play through Super Mario World fastest? Maybe an endurance challenge involving Dance Dance Revolution or Rock Band? Don’t be afraid to stretch your imagination a bit. Maybe these ideas are add-on events to the main competition. If they catch on you know you’re onto something.

You can also change things up on the teams side, for example there’s a few Call of Duty tournaments that have specific gender requirements, like a guy/girl duo team. Or add interesting and fun rules around drafting teammates.

I never thought I’d say this but…don’t go too overboard with your creativity. There are certain games that simply do not work in a tournament setting, and never will (Journey, for example.) For this reason, when you’re thinking of running an event centered on a single game, first ask yourself how players involved could possibly compete with one another. If you can’t come up with an answer, then it’s probably better to move on to the next game.

The world of gaming with it’s own gaming tournaments, pro athletes, and hierarchy is here to stay, and event management professionals are getting involved and enjoying a new niche. Hopefully this article has helped you a little bit to think about the do’s and don’ts, and you’ll put on an even better gaming tournament for it.

Oh, and don’t get too stuck on the watching Twitch part… if you do, you may never get around to putting your tournament on. 🙂

As an event management professional, you are not the gadgets you use. You are not your Smartphone or tablet, your event planning software, or your presentation tools.

It’s official – Gaming has gone mainstream. These days, it’s rare to meet someone who hasn’t played at least one game. With gaming’s popularity has come a lot more game-industry events,…