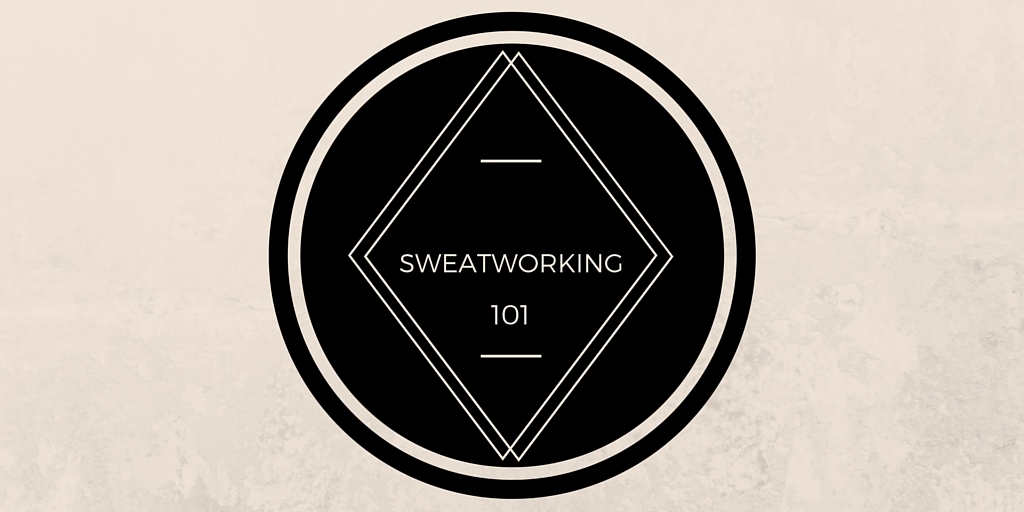 People these days really don’t get enough exercise. One need only examine the statistics for evidence of that. More than two-thirds of American adults are considered overweight, with 35.7% of the adult population classifying as obese.

Who has the time to exercise anymore, though? We’re all so busy with our jobs and our families that physical fitness sort of just…falls by the wayside. It probably doesn’t help that physically-passive entertainment’s grown so prevalent of late, either – most people would rather sit down and watch Daredevil work out on Netflix than actually hit the gym themselves.

Thing is, exercise is pretty great. Not only does it make us physically healthier, it’s also proven to make us both more alert and happier.

“If you’ve ever taken out a bad day at the office on the nearest treadmill, you know that working up a good sweat can easily turn your day around,” writes CNN’s Kristen Domonell. “And by now you’ve probably heard that endorphins are the magic bullet behind that post-workout bliss. People love the feeling so much that “endorphin junkie” has even become synonymous with someone who’s constantly chasing that exercise high.”

Turns out, that ‘exercise high’ is good for more than just making us smile. It’s also an excellent way to form relationships. After all, aren’t we all more pleasant to be around when we’re happy?

It also helps that physical activity is proven to help people better connect with one another.

This knowledge has led to the birth of a new type of event: sweatworking. It’s pretty much exactly what it sounds like. Instead of sitting in a conference hall listening to a keynote or discussing business partnerships over food and drink, people are starting to bond over workouts. Gyms and fitness studios worldwide have seen increased bookings as more and more event organizers look to start sweatwork conferences of their very own.

Why not join them? It’s not all that difficult, really. Matter of fact, I’ll even get you started.

Let’s go over a few tips to help ensure that your own sweatworking event is a smashing success – and that at the end of the day, your guests leave with more than sore muscles and euphoria.

Hire A Trainer (Or Several)

If you’re like most event organizers, your expertise lies in logistics and people management. You probably don’t know a great deal about the mechanics of the human body, or what exercises you should avoid if you don’t want a nasty sprain. That’s where personal trainers come in. While you can probably get away without hiring them for smaller-scale events, for anything larger, you’re going to need someone to lead the group in their exercise.

Preferably, someone who knows what they’re doing.

Water Is a Must

You already know that providing ready access to water at an ordinary conference is essential. For a sweatworking event, it’s even more important. The people at a sweatworking event are probably going to be losing water at a fairly fast, regular rate. If they don’t have water on-hand, that could lead to some pretty unfortunate consequences, particularly if you’re hosting an event for an older audience.

On the plus side, sweatworking events provide you with an opportunity to hand out branded water bottles as event swag – and as you well know, that’s one of the things that attendees will actually use and enjoy after the event.

At their core, sweatworking events are as much about physical health as they are about meeting new people. For that reason, it’s a good idea to offer some health food to your guests after their workout. Now, at this point, I’m certain there are a few of you who are already crinkling your noses in disgust – thing about health food, though? If it’s prepared right, it’s delicious.

Here are a few possibilities as far as what you could offer (though be sure to account for any food allergies):

Some songs get us pumped up before they even reach the chorus. Their high-intensity beats energize and excite us, making us feel like we can take on the world. Others make us sad, sleepy, or simply super relaxed.

For your sweatworking event, you’re going to want to choose the former. Light, airy, and cheerful beats with a nice tempo to them should be perfect. As you’ll see in a minute, you don’t want anything too insane or intense – that could end up being just as bad as music that’s slow or boring.

My favorite exercise is swimming – but when I’m in the pool, I’m not really interested in conversation. I’m more concerned with pushing myself forward and getting a great workout. What I’m trying to get at here is that not every type of exercise is well-suited to a sweatworking event.

While you do want to cater to your audience (and their general fitness level, especially), it’s generally a good idea to stick to low-intensity workouts, or activities where the participants have ample opportunity to converse with one another. Stuff like yoga, biking, archery, or power walking is usually a safe choice, while more extreme activities like rock climbing, skydiving, or a 5K marathon probably aren’t a great idea.

That said, there is a little wiggle room here…

Shape The Exercise to The Audience

A sweatworking event for a bunch of millennials with a passion for mountain biking is going to look markedly different than one for a group of executives who haven’t seen much exercise outside of their daily walk to the train. It’s important that you cater to your audience when deciding on what sort of exercise you’re going to do. The millennials will likely wind up bored on a casual power-walk, while the executives probably aren’t going to be able to make it through an intense session of interval training.

Generally speaking, you want to host your sweatworking event in the morning– so that the people attending will be energized for the rest of the day – or in the late afternoon/early evening, so that people can unwind after work. Of course, you’ve a great deal of flexibility here – the only time you shouldn’t run it is immediately after meals.

Don’t Be a Wallflower

Here’s the thing about sweatworking – it works best when everyone is participating. That includes you. As an event organizer, you’re probably already in pretty decent shape (hey, it takes a lot of energy to scurry around a trade show or conference floor for hours at a time). Why not consider getting out onto the floor and exercising with everybody else?

This one’s pretty self-explanatory. Sweatworking events are honestly really fun, even if you’re the one running them. Don’t be afraid to get caught up in the enjoyment of it.

Remember That Not Every Conference Is “Sweatworkable”

Last, but certainly not least, sweatworking is great…but not every meeting or conference fits with its style. Something like a TED Talk, for example, is probably best left as it is – a thought-provoking keynote that’ll have everybody talking for months after the event. As a general rule, if you require notes, presentations, or any secondary materials for a meeting, you should probably keep it in the boardroom.

Tips for Better Networking at Your Events

People attend events for a variety of reasons, with networking often at the top of the list. As an event professional, there are steps you can take to promote networking and boost the likelihood of…

How Can You Bring Your Icebreakers Into The Digital Era?

Sparking a conversation with a group was difficult enough before the Internet existed. Now, however, we’re living in a society where all of us are bombarded with information on a daily basis, such…