In 2019, Andrew K. Benton—the long-time President at Pepperdine University—announced his planned retirement, and the team at Pepperdine wanted to put together a celebration event for his 19 years of service. By using Everwall, the community was able to post tributes to President Benton that appeared on screen during the event.

They created a hashtag, #ThankYouAKB, which allowed President Benton to see the tributes at the event, as well as follow the hashtag on Twitter and Instagram to see the posts. Additionally, they used the Web Form feature of Everwall, for the guests that were not on social media.

Want to join 'em? Get in touch. 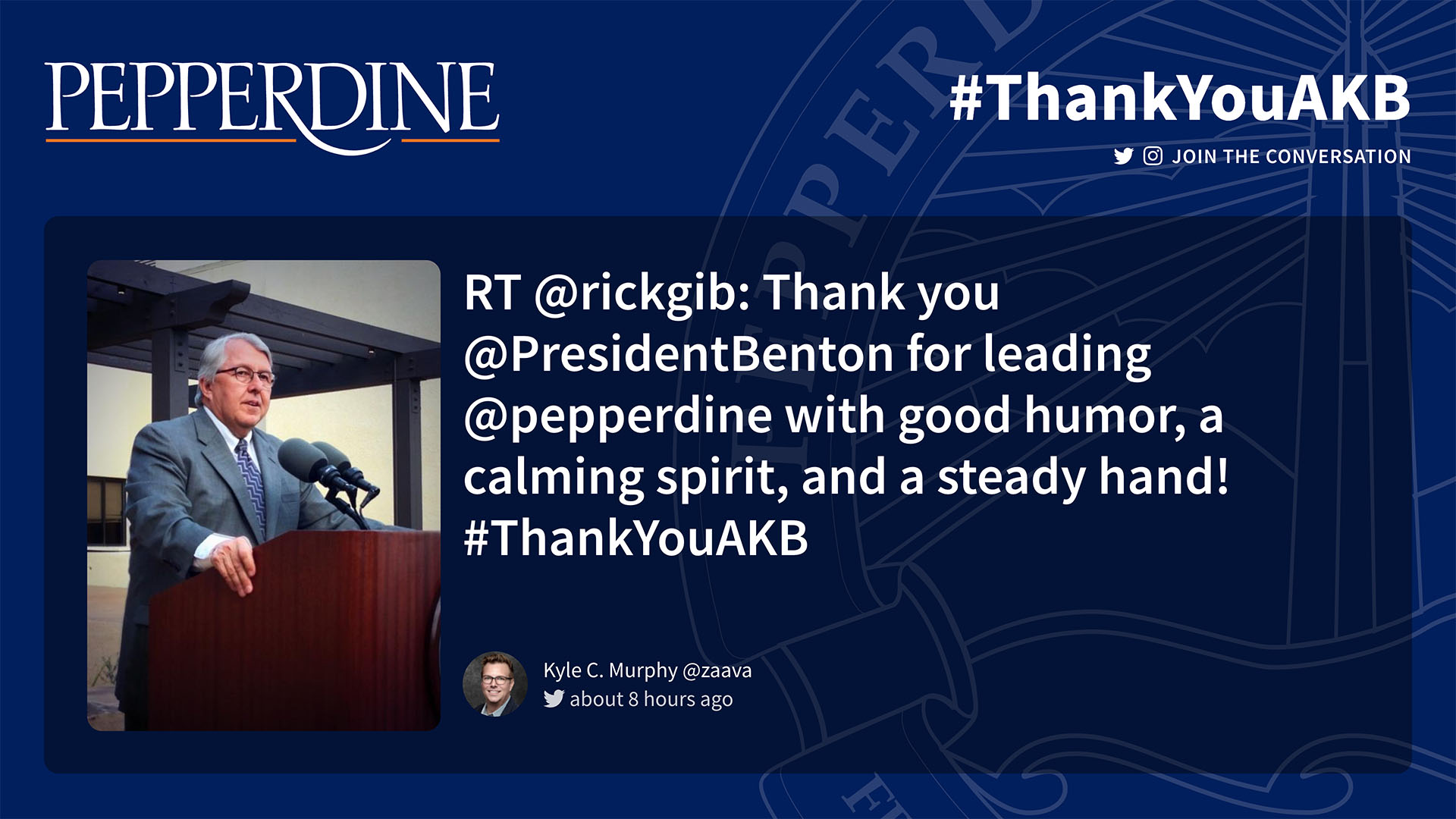 We researched about 4-5 different companies and had calls with all of them. Everwall offered us the best solution at the most reasonable price. Their customer service was top-notch and they were very responsive to all of our questions. The backend was very user friendly.

Hasbro Toy Fair Case Study
For the 3rd consecutive year, Hasbro enlisted the support of Everwall to boost engagement during their brand activation at the Toy Fair.
View Case Study

Temple University Case Study
The College of Education and Human Development at Temple University was founded in 1919 to empower children and their communities through education, by educating teachers and school leaders.
View Case Study

Canada Goose Case Study
Canada Goose approached Everwall to be used in their main Sundance Film Festival activation, Base Camp. Base Camp was created for the festival attendee with the goal of providing them with a VIP experience.
View Case Study

Life is Beautiful Festival Case Study
Founded in 2013, the Life is Beautiful festival is an annual music, arts, and culture festival. It was born as part of a major transformation of Downtown Las Vegas—a historically underserved neighborhood—and attracts tens of thousands of people each year, and has had over $350M in economic impact to the Downtown Las Vegas area.
View Case Study
There's more where these came from, view all case studies.

Ready to join them?

Or, take the Event Social Wall tour or get in touch with us.