Each year, LA Opera transmits a live high-definition video feed of an LA Opera stage performance to nearby Santa Monica Pier (dubbed Opera At The Beach) and Columbia Regional Park in Torrance (dubbed Opera At The Park). When LA Opera reached out to Everwall, they were looking to increase social media interactions, and get their guests engaged and talking about the event.

Everwall built LA Opera a fully custom social wall, which pulled in real-time posts from Twitter and Instagram, and displayed them on large screens in the park and on the pier until the performance began.

Want to join 'em? Get in touch. 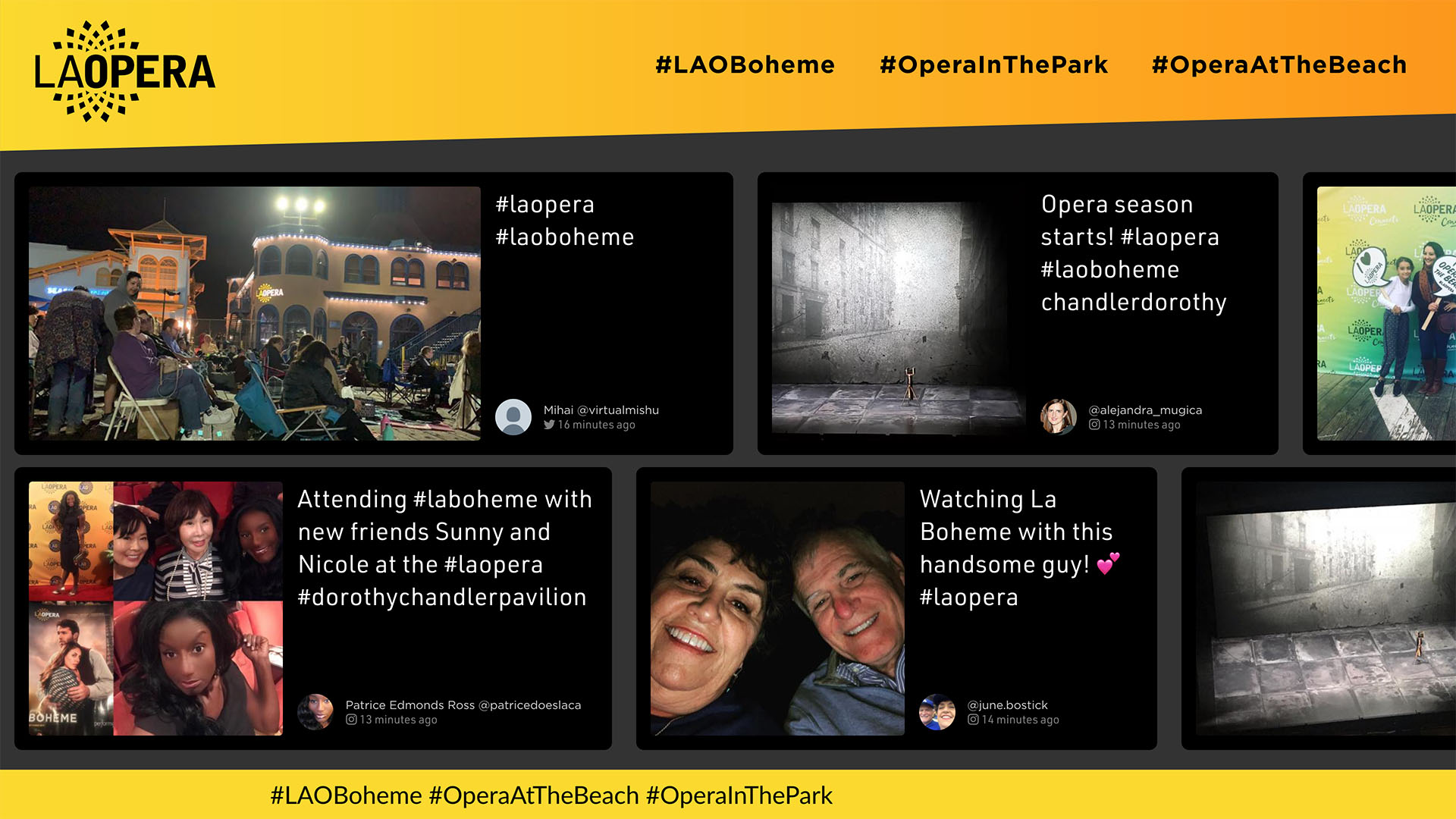 We love the engagement Everwall provides!

Temple University Case Study
The College of Education and Human Development at Temple University was founded in 1919 to empower children and their communities through education, by educating teachers and school leaders.
View Case Study

Life is Beautiful Festival Case Study
Founded in 2013, the Life is Beautiful festival is an annual music, arts, and culture festival. It was born as part of a major transformation of Downtown Las Vegas—a historically underserved neighborhood—and attracts tens of thousands of people each year, and has had over $350M in economic impact to the Downtown Las Vegas area.
View Case Study

Canada Goose Case Study
Canada Goose approached Everwall to be used in their main Sundance Film Festival activation, Base Camp. Base Camp was created for the festival attendee with the goal of providing them with a VIP experience.
View Case Study

Docusign Momentum Case Study
DocuSign MOMENTUM gathered industry luminaries and forward thinkers from around the globe for a fast-paced and entertaining exchange of ideas about how to expand and integrate digital processes.
View Case Study
There's more where these came from, view all case studies.

Ready to join them?

Or, take the Event Social Wall tour or get in touch with us.